History on Pooraka Primary School
Pooraka Primary School was formerly known as the Abattoirs School. It was opened on the 14th April 1914 to service the families of the Gepps Cross Abattoirs workers and families in the surrounding community. The school opened with a two room building which now houses the Performing Arts and O.S.H.C programs. The two rooms were later expanded in the 1920s to include another classroom for an infant school. The school grounds also included a Head teacher’s house, which was built at the same time as the school. This later became a community centre before it was demolished in the 1990s to make way for the new school hall and car park.

The community has always maintained a close relationship with the school. The Abattoirs school was the only one to have a special day off for the annual Butcher’s Picnic for the workers and families of the abattoirs. The families would travel together to places such as Virginia for the day and participate in sports and games while sharing lunch.

Peter Corry was the school’s second head teacher and has been credited with many of the innovations that created a name for the school. He introduced a domestic arts and agriculture program, the first school in South Australia to offer these subjects.

The Abattoirs School became Pooraka Primary School in 1941. The current main building was completed in 1965 and housed 700 students who previously studied in transportable classrooms. The Unit was built in the 1980s as an open space learning area for junior primary classes.

In 2014, Pooraka Primary School celebrated its centenary with a school open weekend. 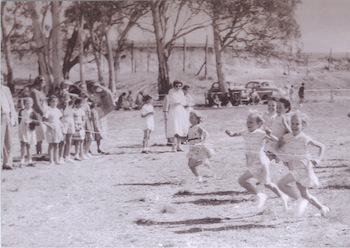 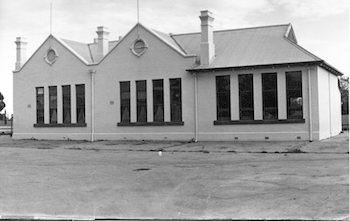